On October 15, Rimes and the Investment Association co-hosted a panel debate on practical conside...

On October 15, Rimes and the Investment Association co-hosted a panel debate on practical considerations for firms needing to comply with the EU Benchmarks Regulation (BMR). The panel comprised Steve O’Brien, EVP and Global Head of Sales Engineering at Rimes; Nicki Waugh, Compliance Manager at SVM Asset Management; and Markus Barth, CFA and Senior Indexing Expert. The debate was moderated by Adrian Hood, Regulatory and Financial Crime Expert at the Investment Association. What follows is a summary of the main points raised during the event.

The session kicked off with an overview of the current state of play with regard to BMR. As of October 14, 106 administrators had registered with the European Securities and Markets Authority (ESMA). This total includes 14 third-country administrators, which between them account for 93,948 benchmarks.

Forty of the 106 registered administrators have been approved by the Financial Conduct Authority (FCA) in the UK, and seven of these are from third-country administrators that chose to register through the UK. These administrators will be part of the UK’s new regime when the Brexit transition period comes to an end.

Next, there was an update on the additional supervision and governance of climate benchmarks that has come about as a result of the EU’s action plan on sustainable finance. Two new sets of benchmarks have been released that are relevant to this area: 1) EU Climate Transition Benchmarks, and 2) EU Paris-Aligned Benchmarks. These have been added to BMR and firms must now disclose these benchmarks to be compliant with the regulation. This means that administrators must use transparent methodologies for climate benchmarks and follow ESG disclosure requirements.

Commodity benchmarks were also covered in the session. There has been much discussion as to whether these benchmarks fall within scope of the regulation. ESMA has tightened the legal text so that it focuses on the majority of supervised entities when decided whether commodity benchmarks are treated as an index or a benchmark. However, it still remains difficult for firms to determine the BMR status of commodity benchmarks.

A final background update examined the impact of Brexit. As a result of Brexit, UK administrators will be deleted from ESMA’s Register at the end of the year. This included the third-country benchmarks that were registered through the UK (although these will still be covered by the BMR transition period and so can still be used in the EU following the end of the Brexit transition period).

Once the Brexit transition period ends, the UK will likely seek Equivalence for its Critical benchmarks. Other countries including Canada and Singapore are going down a similar route.

The panel discussion itself commenced with a look at how firms have found the implementation of BMR. One panellist noted that it is important for compliance teams to engage with product governance, operations and benchmark data management teams from the outset. Doing so helps create an effective action plan for compliance.

Overall, this has been an easy requirement to adapt to. However, in reality the situation can be more complex. When benchmark administrators provide many thousands of benchmarks, ensuring communications around material changes filter down to the people who need to know at user organizations become more complex. ESMA does not currently provide a list on benchmarks that have not been authorized, so firms need to be proactive in checking that the benchmarks they use are BMR compliant.

Advice for firms yet to meet their BMR obligations

A spot poll of attendees to the webinar showed that 63% had yet to fully implement BMR compliance at their firms. The panellists suggested that while firms will not be able to prepare in full until they know the plans of third-country administrators, they need to have in place everything that they are directly responsible for, such as drawing up ‘robust written plans’ for use in the event a benchmark is withdrawn. Firms should also put in place processes to mitigate against rogue traders in their firm creating products that use unauthorized benchmarks.

The panellists agreed that if a firm has not started preparing for BMR compliance, they need to get a move on. Many of the mandates at firms will have run for years and substituting benchmarks where necessary will be a time-consuming process. The sooner firms start the better.

On a side note, one panellist made the point that BMR came about as a reaction to the LIBOR rate rigging scandal. However, rather than only regulating LIBOR, BMR also covers benchmarks in equities and fixed income, which don’t rely on subjective inputs in their calculation and so arguable should not be covered by the regulation.

What could be improved in BMR?

With the UK poised to introduce its own version of BMR, the panel debated what areas of the regulation could be enhanced. One possible change could be reconciliation between the benchmark rules brought out as part of the FCA’s Asset Management Market Study and BMR. For instance. Comparison benchmarks could be taken out of scope for both, while constraint benchmarks can be included in scope.

Another area that could be looked at is around transparency. Generally, the more an investor can see about what goes into a benchmark, the better. However, if new constituent elements for a benchmark are published a few days before the index rebalances, front runners and prop desks looking to exploit this information could cause the index to rebalance at a higher price, causing the investor to lose out. 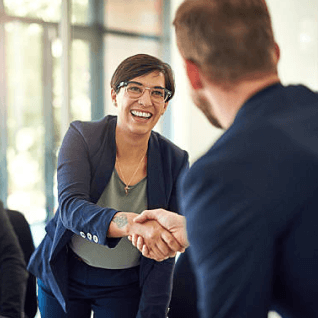 Learn more about
our solutions.